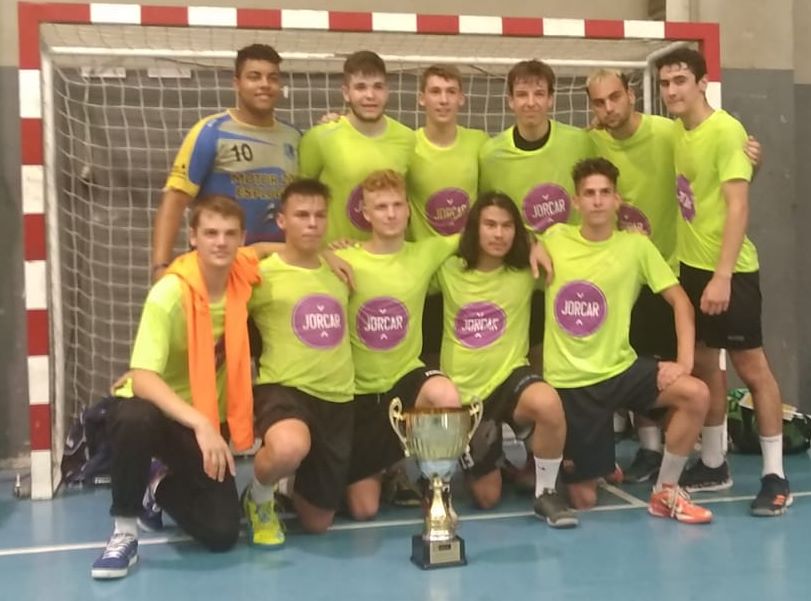 Jorcar has sponsored the Granollers CUP that took place in the aforementioned City between June 27 and July 1.

In this case, our team JORCAR TITANIUM competed at a high level and achieved the third place in his category. The boys, aged between 20 and 25 years, enjoyed this competition which enhances the designation of the city as one of the most important in the State with regards to the handball, a sport that is the most popular over there for years.

The Granollers CUP has already spent 20 years celebrating with great participatory success both nationally and internationally.

The day began with uncertainty by several of the teams, who were unaware if they would reach the final or either remain in the previous phases, but at the same time with lots of energy to get the trophy.

Handball has never ceased in the Palace of sports, with the finals, both won by the German crew Südbadischer, and juvenile finals won by the Norwegians of KFUM, in women’s category and by the male BM Granollers.

The team who closed the CUP Granollers have been the “cadet teams”, the largest category, with a victory for the Norwegian Väg 02 and third win for the KH-7 BM Granollers.

In this way, with 5 Catalan winners, 1 Andalusian victory, 2 German victories, and two Norwegian, has been an end to a spectacular GCup starring the best handball junior stars.

Jorcar likes voluntarily sponsoring  such projects, confirming its commitment with the sport, disadvantaged sectors either or simply to participate in social activities and sporting events within the province of Barcelona.